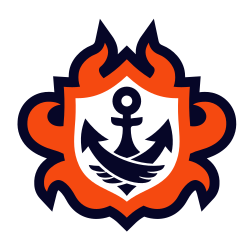 Anarchy Battle is one of the multiplayer mode categories in Splatoon 3, acting as the replacement for Ranked Battles from previous games. There are two versions of the mode available: Open and Series.

In both Open and Series Anarchy Battles, the player gains bonus XP and Cash when they KO the opposing team. However, Rank Points are unaffected by a KO or the end score, it only matters whether the player won or lost.

These battles can last for five minutes, instead of the three-minute-long Turf Wars, although the battle can be shorter or longer depending on the outcome of the game. It features several modes and is accessible once a player hits Level 10 or if a player has Splatoon 2 save data on their Nintendo Switch. The modes included in this category require a higher level of strategy compared to Regular Battles, and wins and losses are counted toward players' ranks which are used for matchmaking. The modes featured in Anarchy Battle are the same previously featured in Ranked Battle, but feature different ranking systems.

Anarchy Battles played in Anarchy Battle (Open) can be played solo or with friends, meaning that players will either be placed onto a random four-person team, or players can form a team. If the team consists of three players or fewer, others who are playing solo will be added to the team to create a full squad. Teams will be matched by comparing the number of rank points of the player who has the least on the team. If battles are won, 8 points are awarded regardless of rank. If battles are lost, the amount of points lost increases at higher ranks, with a minimum of 1 and a maximum of 5.

Anarchy Battles played in Anarchy Battle (Series) are only able to be played solo, meaning that friends cannot join; players will be placed onto a random four-person team. To first play, players will need to pay a certain amount of Rank Points to start the game series. The entry fee depends on the player's current rank.

The main goal in these battles is to win five matches before losing three matches. Disconnecting adds one loss to that player's total. In the event of another player disconnecting in the first minute, the match will be aborted and not count for the remaining players; a disconnect later in the match will not count towards the losing team's total, but will still count as a win for the winning team. Points are awarded at the end of the series, regardless of whether the player achieved five victories or three defeats first. They are calculated as 1p for each silver medal, 5p for each gold medal, and then a varying number of points for each victory in the series. Medals from defeats will count towards the total, but defeats themselves award no points. The first victory is worth a number of points based on rank and each additional win in the same series is worth 5p more than the previous win.

Rank-Up Battles replace the Anarchy Series option when the player reaches a certain threshold of points in specific ranks, such as 1100p to rank up from A+ to S. Like Anarchy Series, the player must wager points to enter them.

Wins Needed to Break Even on Rank Points

Ranks for Anarchy Battles are similar to those in Splatoon 2 before Version 3.0.0. Players can achieve a maximum rank of S+, spanning from S+0 to S+50. X Battles became available in Version 2.0.0. Players must be S+0 or above to play X Battle mode. Stages and modes rotate every two hours, like Splatoon 2's Ranked Battles. For both Open and Series, each has one battle mode played on two maps at a time.