The arcade machine in Splatoon.

The arcade machine offers retro-style minigames in Splatoon and Splatoon 2. In Splatoon, all are played on the GamePad. They can be played in the lobby for online battles as well as accessed on their own via the physical arcade machine in Inkopolis Plaza and Inkopolis Square.

The arcade machine features four minigames in total: Squid Jump, Squid Racer, Squidball, and Squid Beatz. Only Squid Jump is unlocked by default. The other three are given as rewards for defeating The Ravenous Octomaw! in amiibo challenges. 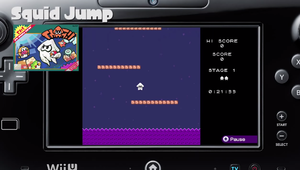 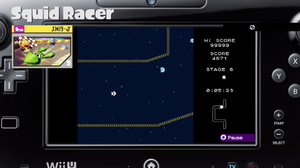 The second game is Squid Racer (Japanese: イカレース ika rēsu), which is unlocked by the Inkling Boy Amiibo. 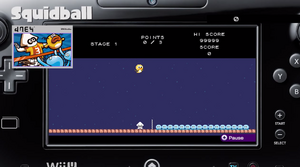 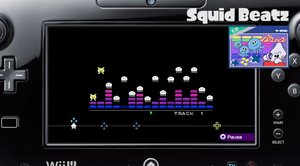 The arcade machine in Splatoon 2.

Registering the Pearl or Marina amiibo as supporters and fulfilling certain requirements allows the player to unlock two new themes for Squid Beatz 2, which are based on the corresponding character.