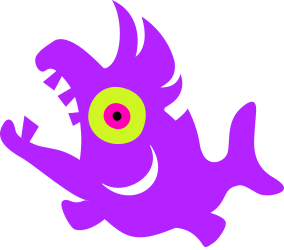 Save the city from Salmonids, and earn rewards while you're at it!

Big Run is a special event mode in Splatoon 3. The mode was first announced to occur in the Splatoon 3 Nintendo Direct. Big Runs are limited-time events in which Salmonids invade the stages used by Inklings and Octolings for Turf War and Anarchy Battles, allowing players to partake in Salmon Run Next Wave on those stages.

Big Run shifts follow the same pattern as in regular Salmon Run. Four players team up to battle oncoming Salmonids over the course of three waves, splatting Boss Salmonids to acquire Golden Eggs and deposit them in the egg basket. In addition to appearing from the water of the flooded sections of the battle stage, Salmonids can now also spawn from large Gushers that burst open at the start of each normal and low tide wave. After the third wave, a King Salmonid may appear during an Xtrawave. The same rank system is used, with freelance and friend teams both available. The same bonuses are granted, with additional bonuses and superbonuses added to the bar. Additionally, a 1.2x multiplier is applied to Catalog Points earned from shifts during the event.

Three different tide levels can occur on each wave. High tide and low tide take place in the same location on the map, with high tide making certain areas inaccessible, while normal tide moves players to a different location with its own egg basket. This differs from normal Salmon Run, where high tide and normal tide are played in the same location and low tide has a different location. The high and normal tides have water covering the same amount of the stage, with low tide having no water whatsoever, leaving the Salmonids relying on the Gushers around the stage to pop out of. Big Run also features the Known Occurrences of Rush, Fog, The Griller, and The Mothership (Cohock Charge, Goldie Seeking, Mudmouth Eruptions, and Giant Tornado are not available). The possibility of Rush and The Griller is still constrained by the wave's tide level, but each can appear in both playable locations on the map, unlike in normal Salmon Run.

During the event period, Big Run replaces access to regular Salmon Run shifts[1] through the Grizzco lobby, similar to how Splatfest Battles restrict access to non-Splatfest Turf War battles and Anarchy Battles. Normal battles are still available, but the current Big Run stage is unavailable in any rotation until Big Run is over.

At the announcement and starting times of Big Run, a warning and recruitment message is delivered by Deep Cut during the Anarchy Splatcast. During the event, the sky of Splatsville becomes dark pink and filled with storm clouds, with Grizzco helicopters flying overhead, and the background music is absent. Inside Grizzco Industries, a warning light flashes, and the usual Grizzco lobby music is replaced by a new track performed by ω-3 with the melody of Clickbait. When playing a shift, the battle stage's sky takes on the same appearance, and a full ω-3 remix of Clickbait plays instead of Frantic Aspic (other songs play as normal). Additionally, the music for all Anarchy Splatcasts during the event is replaced with a Grizzco Industries remix.

At the end of each Big Run event, exclusive locker decorations are awarded based on the highest team-wide Golden Egg total the player achieved in any one shift. This score is ranked relative to the high scores of all participating players, with different decorations awarded to players whose high score is in the top 5%, top 20%, or top 50% of scores. Players not in the top 50% still receive a basic version of the decoration.

Badges are available for reaching each tier of high score in any Big Run event. 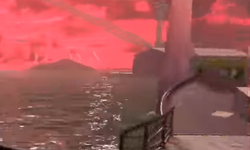