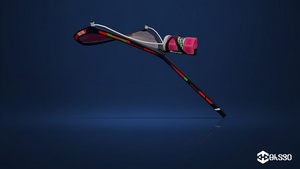 The Bubble Blower is a new special weapon introduced shortly after the release of Splatoon 2. Although the bubbles it creates are capable of turfing inkable surfaces upon bursting, they are better suited for either protecting their user and their teammates from opposing fire or creating large, potentially lethal explosions, especially when paired with bombs.

Bubble Blower is great for either initiating a push into contested territory or repelling the opponents' push. However, it is neither a very reliable means of turfing territory – such as a Splat Zone – nor always a dependable means to splat opponents — particularly ones with longer-ranged weapons. Therefore, it would be redundant to have two Bubble Blower users in a team composition:[7]