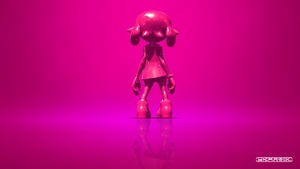 Ink Armor is the first available special weapon to the player in Splatoon 2, alongside the Splattershot Jr. and Splat Bombs. It is a global special, providing its benefits to its user's entire team, and is versatile enough to be combined with other special weapons, such as Inkjet. While generally considered a supportive special weapon, Ink Armor can also be found on a variety of slayer's and anchor's weapons.

Ink Armor protects its user and all of their active teammates, reducing their chances of getting splatted and allowing them to either initiate a push, to recapture a Splat Zone for example, or maintain one, such as while locking out the opponent.

Multiple Ink Armors used by the same team do not stack. Therefore, it would be redundant for a team to have more than two Ink Armor users.[2]