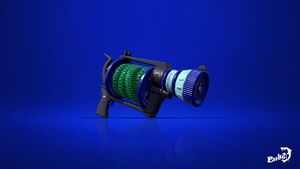 Increases main weapon damage up to 33.3 per shot. The L-3 Nozzlenose is a weapon that has a close potential for a three hit splat, or a one hit splat per