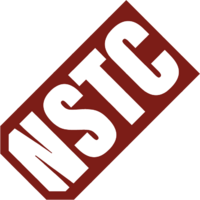 Name Subject to Change (;NSTC) is a competitive Splatoon team. They were in the Squid Conference of the EndGame Splatoon Premier League.

On May 29th, 2016, former captain DaBoss announced that the team would be entering an undisclosed hiatus, with many of their members taking a break from competitive Splatoon.[3]

In late September, 2016, the team came out from hiatus and was re-established once again as a competitive Splatoon team.

On December 17th, 2016, DaBoss officially announced his departure from the NSTC team.[4]