Famitsu is a brand within Splatoon and a real world line of Japanese video game magazines. Unlike most other brands, gear of this brand does not have increased or decreased chances of getting a certain ability.

For the category page, see Category:Famitsu. 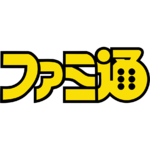 On 21 May 2015, Famitsu magazine held a competition, for readers to submit designs for a chance to have the design added to Splatoon.[1] On 25 June 2015 the winner was announced, with over 800 entries received. The winning design was based off a traditional Japanese chef outfit and was added to Splatoon as the Traditional Headband, Traditional Apron and the Traditional Sandals in Version 2.0.0. Also, the development staff of Splatoon and the staff at Famitsu selected three runners-up each. The ones selected by the Splatoon developers received a poster with signatures from the team, while the ones selected by Famitsu received a poster by Takahashi Kino, the author of the Mellow Squid 4-Panel Comic.[2]

In a July 2017 issue, the Famitsu magazine held the Squid Fashion Contest 2017, which allowed readers to submit gear designs for a chance at having the design added to Splatoon 2. The winning design, called Ghillie Suit Style, was added to the game in Version 2.0.0, appearing as the Moist Ghillie Helmet, Moist Ghillie Suit and Moist Ghillie Boots. These were produced by Forge rather than the Famitsu brand.