From Inkipedia, the Splatoon wiki
< Inkipedia:Inkling of the Month
Jump to navigation Jump to search 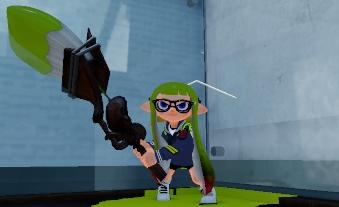 December 2015's Inkling of the Month is User:AmbientDinosaur, with 5 votes.

I'm very, very grateful to be awarded Inkling of the Month. I haven't felt this passionated about a game in a long time, and Inkipedia is my outlet for my enthusiasm for Splatoon! While I feel that I haven't been contributing as much and consistently as some past Inklings of the Month, I do hope that I will contribute even more this year, and hopefully start some bigger projects as well! AmbientDinosaur (talk) 14:48, 5 January 2016 (UTC)