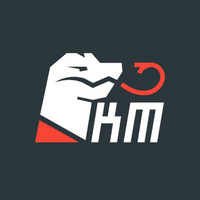 Komodo (kM) is a competitive Splatoon, Splatoon 2, and Splatoon 3 team formed by Pixel in 2015.

Komodo was a hybrid US/JP Team for Splatoon. It was split into two divisions, Yin and Yang. On November 17th, 2016, The Komodo Splatoon Team disbanded.

On September 8th, 2017, Komodo was reformed For Splatoon 2 with a new roster of North American only players. The team would play on and off in major and minor tournaments, and make appearances at major LAN events. The starting lineup included Pixel as captain, along with Mullin, Lux, and Rilakkuma. Vespher and Oppai joined the lineup a few weeks after the release of Splatoon 2. Komodo placed second in the main bracket of SquidStorm 2017, cementing themselves as a top team early on in the lifespan of Splatoon 2. Rilakkuma and Mullin would eventually step away from competing in the game, and Komodo picked up Cosmic and Keen. After extended scheduling issues preventing the team from practicing, Lux and Cosmic left the team and Komodo picked up Dia and Setu. Shortly after this Komodo would soft-disband as the players played the game less and less.

Over the years Pixel, Vespher, and Setu would continue to play under the Komodo hat and attempt to rebuild the team. These three tried out many additional players to fill the fourth slot but decided to lay low until the release of Splatoon 3 shortly after it was announced.

Pixel, Vespher, and Setu remain on the Komodo roster and added Skrub! to round out the team.