From Inkipedia, the Splatoon wiki
(Redirected from Live Performances)
Jump to navigation Jump to search 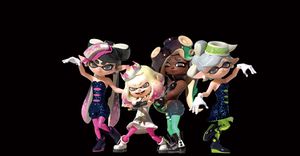 A direct-feed still of Callie, Pearl, Marina, and Marie posing at the end of one of their concerts.

Since 2016, Nintendo has been holding virtual concerts featuring the Squid Sisters, and later Off the Hook, as a response to the popularity the Splatoon brand and its characters have had since launch. The idols are presented with higher-quality 3D models than what can be found in their respective games and are animated with motion capture technology.[1] Live musicians are present in concerts, playing along to an audio track of the idols singing.[2] The idols speak to the audience in between songs with a "translation" of their dialogue displayed as supertitles on a larger screen behind them. The songs that are performed at these concerts are given a special arrangement that extends their length and adds a proper conclusion. In some of Off the Hook's songs, new verses that are not present in-game are added as well. All concerts have been made viewable from an official source in one form or another, with some getting a remastered audio recording released on CD.

On 15 December 2015, it was announced that the Squid Sisters would be holding their first live performance at Makuhari Messe as part of Niconico Tokaigi 2016 on 30 January 2016, titled Shiokalive 2016. The name is a portmanteau of "Shiokarazu" (Squid Sisters) and "Live". It was held after the first annual Splatoon Koshien regional finals for the Tokyo area.

The concert was live-streamed on Niconico without region locking on Nintendo's Koshien live stream. It was officially uploaded online on 8 February 2016. An English subtitled version first was uploaded by Nintendo of America on YouTube on 2 May 2016. A remastered recording of the concert's audio is available in the live album Splatoon Live in Makuhari. 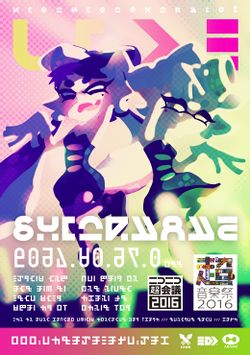 On 24 March 2016, it was announced that the Squid Sisters would perform again at Niconico Chokaigi 2016 as part of the event's Music Festival. It was later announced that they would perform on 29 April 2016. The concert was live-streamed on the Splatoon Gachi Bon-Matsuri stream, which was not region locked. It featured the surprise debut of Callie and Marie's individual solo songs, Bomb Rush Blush and Tide Goes Out, respectively. The following day, the Squid Sisters amiibo were announced, revealing how to access their new songs in-game.

The concert was officially uploaded by Nintendo onto YouTube and Niconico the following day. An alternate version of the concert with different angles is viewable on the Niconico 3DS app by using one of the Squid Sisters amiibo. A remastered recording of the concert's audio is available in the live album Splatoon Live in Makuhari. 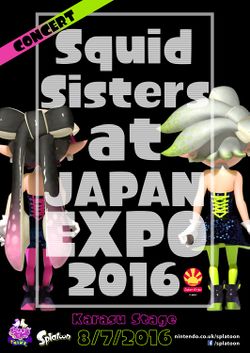 On 1 June 2016, Nintendo of Europe announced that the Squid Sisters would be performing at Japan Expo 2016 in Paris, France. This concert was the first to be held outside of Japan, as well as the first not to be live-streamed. It was held on 8 July 2016 and then uploaded online on 12 July 2016, translated by Nintendo of Europe into various languages.

The Squid Sisters made a short appearance at Niconico Cho Party 2016 on 3 November 2016. 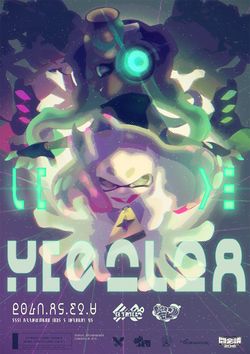 On 13 December 2017, it was announced that Off the Hook would have their first appearance in a concert titled Haicalive as part of Tokaigi 2018 at Makuhari Messe on 10 February 2018. The name is a portmanteau of "Haikara" (Inkopolis) and "Live". An official video was made available on YouTube on 13 February 2018. A remastered recording of the concert's audio is available on the Octotune soundtrack, as well as the concert itself in 1080i on a Blu-ray that comes with the soundtrack's limited edition.

Off the Hook Concert at Polymanga 2018 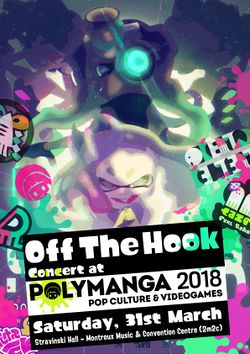 Main article: Off the Hook Concert at Polymanga 2018

On 19 February 2018, Nintendo of Europe announced that an Off the Hook concert would be held at Polymanga 2018 in Montreux, Switzerland, before the finals of the Splatoon European Championships. It was held on 31 March 2018. This concert was the first to be shown with English dialogue, despite being held in a primarily French-speaking region.

The concert was uploaded by Nintendo of Europe with enhanced audio that corrects the timing of some sound effects, transcriptions for omitted dialogue, and translations into other languages on 13 April 2018. 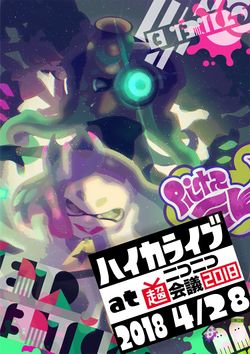 On 13 April 2018, it was announced that Haicalive would be held again at Chokaigi 2018 during the Music Festival on 28 April 2018. In the initial announcement, it was teased that an additional song had been added to the setlist. On the day of the concert, it was confirmed to be the song used in the Octo Expansion trailer, Nasty Majesty. An official video was made available on Niconico on 8 May 2018. 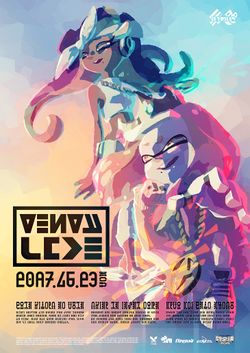 On 13 December 2018, it was announced that Off the Hook would be having their first solo concert at Tokaigi 2019 on 26 January 2019, titled Tentalive. The name is a portmanteau of "Tentacles" (Off the Hook) and "Live". The concert was streamed simultaneously on Niconico and YouTube by Nintendo, along with the rest of the events of the fourth annual Splatoon Koshien tournament. On 25 April 2019, Nintendo of America and Nintendo of Europe uploaded localized versions of the concert online.

On 1 August 2019, it was announced that there would be two Haicalive concerts to be held at the Nintendo Live 2019 event at Kyoto, Japan on 13 October 2019 and 14 October 2019.[3] These were the first Splatoon concerts to be held outside of the Kanto region in Japan. They were based on previous concerts. The main act lasted for approximately fifty minutes, the longest yet for the franchise. K.K. Slider from the Animal Crossing series served as the opening act.