From Inkipedia, the Splatoon wiki
(Redirected from Recon (Mode))
Jump to navigation Jump to search 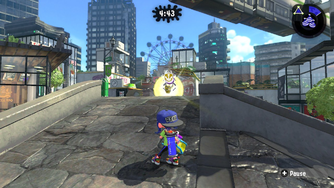 This article is about the stage preview mode. For the Ability, see Recon (ability).

Recon is a single-player mode that allows players to explore a stage of their choice from the current rotation. It can be accessed from the Battle Lobby by pressing

This is useful to find new vantage points, turf, or just to try out a new map.

It functions exactly like the game mode from which it was selected, with a few exceptions: