List of composers and arrangers for the Splatoon series

From Inkipedia, the Splatoon wiki
(Redirected from Shiho Fujii)
Jump to navigation Jump to search

Toru Minegishi is a composer who working for Nintendo since 1998 and is the sound director and lead composer for Splatoon and Splatoon 2. He has composed a number of songs performed by various fictional bands appearing in the games, such as Squid Squad, Hightide Era, Turquoise October, and Wet Floor. 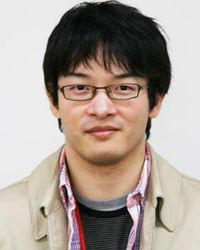 Ryo Nagamatsu is a composer who joined Nintendo in 2006. He composed the Bottom Feeders, Ink Theory, and ω-3 songs, among others. 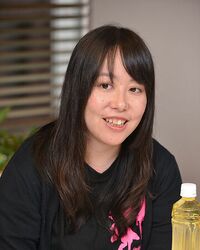 Shiho Fujii is a composer who works for Nintendo and is one of the composers for Splatoon and Splatoon 2. She is in charge of the composition for several fictional bands such as Chirpy Chips and Squid Sisters. 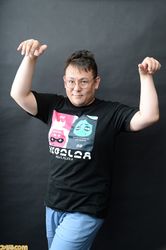 Tetsuya Oyama is a Japanese bassist and music producer who has been the arranger for all of the live concerts. In addition, he also arranged the music for Wet Floor Shibuya.