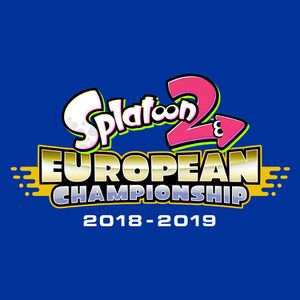 The tournament was officially announced on 21 June 2018.[1] The winners went on to represent Europe in the Splatoon 2 World Championship 2019.

One team was chosen to represent each of the twelve regions at the European Championship, each through their own tournament.

The tournament started with the Groups stage: four groups of three teams each. Each round was a best of three matches, and the best of two rounds won, continuing to the playoffs.

Semi-finals were played as a best of five matches.

Finals were a best of seven matches.