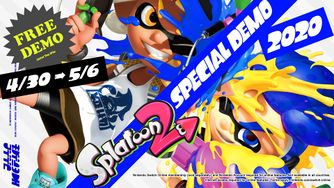 The demo was released on 22 April 2020 and was playable between 30 April 2020 and 6 May 2020 at varying times depending on the region. In addition, the full game was available at a discounted price on Nintendo eShop during the duration of the Special Demo 2020.[1][2]

The Special Demo 2020 was able to be played at the following times: