From Inkipedia, the Splatoon wiki
(Redirected from Squad)
Jump to navigation Jump to search 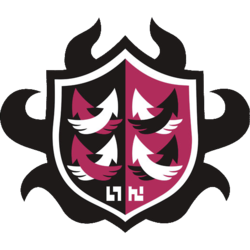 Play a ranked battle with your squid squad!(NA)[a]
Play a Ranked Battle in a squad with your friends!(EU/OC)[b]

Squad redirects here. For the band of a similar name, see Squid Squad.

Squad Battle is one of the four multiplayer mode categories in Splatoon, alongside Regular Battle, Ranked Battle and Private Battle. Squad Battle allows groups of up to four friends to participate together in Ranked Battle with other squads. A squad will always battle together on the same team, and players who are rank S or S+ will not gain or lose rank points. It was made available as part of Version 2.0.0.

When forming a squad, players can create a Quad Squad (four members), a Tri Squad (three members), or a Twin Squad (two members). Squad Battles are always either 4v4, 4v3, or 3v3 battles, since Twin Squads cannot fight alone - they are paired up with another Twin Squad for a four-player team, and their opponents will also be a pair of Twin Squads. A Tri Squad, however, is treated as a Quad Squad, to their disadvantage when facing actual Quad Squads. However, if they are matched against a Quad Squad, the Tri Squad members are granted a quicker respawn.

If necessary, a squad can be protected by a four-digit password, allowing the creator of the squad to limit it to just invited friends. However, the friends-only rule still stands, so even if someone knows the password to a squad, they cannot join unless they are friends with the person who created it.