The Tenta Sorella Brella is an main weapon in Splatoon 2. It is a Sorella-branded version of the Tenta Brella and comes with a different sub weapon and special weapon. 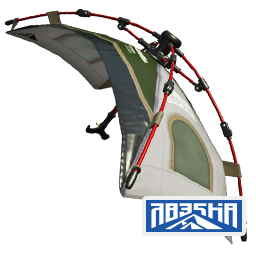 The Tenta Sorella Brella was released on 1 July 2018 at 00:00 UTC.[1] It comes with Splash Walls and the Curling-Bomb Launcher.