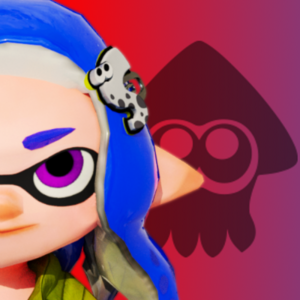 I'm A22PG (an abbreviation of my username A22ProGamer), although you can also call me by my original name: Aaron. I'm one of the staff of Inkipedia ES, but I'm here to help add as much information as I can provide.

Gamer since 2006. Currently Splatoon is, along with Animal Crossing, the sagas that have most marked my Gamer personality.

Other video game sagas that have also marked me lately have been Pokémon and Fortnite.

Currently you cand find me playing Splatoon 2 and Fortnite, and I'm waiting for Splatoon 3 and Pokémon Scarlet / Purple.

I met Splatoon when, surfing the internet, I found that Nintendo was creating a new saga. When I checked what it was, I had to get it (that meant buying a Wii U, which I didn't have in my possession yet). Splatoon I got it together with the Wii U the same day, but I got it at the end of June having the game a month after its release.

After the Nintendo Switch presentation in late October 2016, I suspected that the Splatoon game shown would be a sequel and not a port due to the visual and color change. In January 2017 my suspicions were real, it was indeed a sequel.

At the Nintendo Direct on March 3, 2018, this DLC was unveiled. I knew I had to get it as it looked like a great challenge for a skilled player (and, obviously, it is). That's why, months later, I was finally able to get it, just two weeks before its release.

I was quietly watching the February 2021 Nintendo Direct when, in the last announcement, an Inkling and a Smallfry appear. At first I thought it would be a DLC for Splatoon 2, but as the seconds passed I knew it wasn't something from Splatoon 2 and there's a new game outside the main line of the saga, giving me more suspicion the city where it would take place.

How wrong I was when the Splatoon 3 logo was shown, giving me a shock that I still remember today.

I pre-ordered the game on February 17, 2022; however, I had problems with the pre-order on release day, getting it on September 10, 2022, one day after its release date.

I'm still looking for a weapon that I like, with preference being a Shooter and has the Splat Bomb and the Zipcaster.