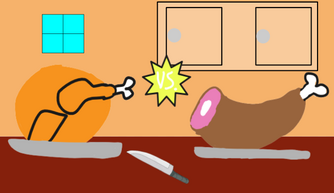 10th Minifest by ChessMaster! Which Thanksgiving centerpiece is the best to eat? Turkey or Ham? Anyone can join! Look below to see how!