Ok so FINALLY figured out what to put here…. 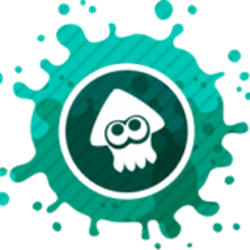 Hello there! I’m Glitch ink, Splatoon super fan and nerd and all round splatoon series Worshipper.

- my switch name is my inkipedia name

-in splatoon 2 I mained mostly shooters and rollers

Don’t exactly know what else to do so I’ll write my splatoon series history. My first splatoon game was Splatoon 2 and I got it in 2020, yep I know super late but I only got a switch that year. I first discovered this game on a gaming show and in the first second I was HOOKED (pun not really intended) when I finnally got the game I didn’t have online. Yeah sucks. But eventually I DID get it, And to be honest, I was actually pretty good! For like a year straight I mained the Splat roller and nothing else. Though in my time playing it, I had mained every weapon type and nearly every weapon. It took me a while to complete octo canyon because I don’t know but I was such a Chicken!! But yeah I did finish it.

at some point I got the octo expansion and got to the third thang in just about a day. I eventually finished it, but with a lot of Marina’s hacking. I’ve managed to complete all of the escape levels, Except for agent 3, And I know I can beat them now… I’m just too scared of nostalgia so I’m not going back to splatoon 2 for a while. During my time playing I got to about level 46.

Around about this time I finally found a couple of people that play splatoon 2 and 3 and I have never been happier to have them (if you are reading this, and you are one of those people, THANKYOU)

Okay splatoon 3 time. I knew about all the leaked bosses and stuff, and was following all the hype. As a Splatoon super fan I couldn’t help myself!! I watched the direct live (even though i should’ve been alseep) and I swear I start crying when I see a splatoon 3 advertisement. I’m about level 40 something catalog and 18 in general. My tableturf rank… I forgot I’ll put it in later.

and thanks to the inkipedia I feel some people even kind of not really even a little bit worship me for my almost infinite splatoon knowledge… I still wanna know more though.

why the shell are you reading this