From Inkipedia, the Splatoon wiki
(Redirected from User:Shachar700)
Jump to navigation Jump to search

About Me: Hello I'm Shahar, I play Splatoon 2 and edit this wiki at my spare time. I'm an admin here who focuses more on the battle information rather than the world building. If you need help in the wiki, write to me in the disccusion page. I started a personal project called Splatoon 2 Weapon Demonstration that is all about showing the weapon's capabilities.

My in-game character is named Shell, shy 20 years old Octoling girl, she likes to use all different kinds of weapons. Her playstyle is not super agressive or flanky, she likes to stick to objective but tends to be sometimes wreckless. 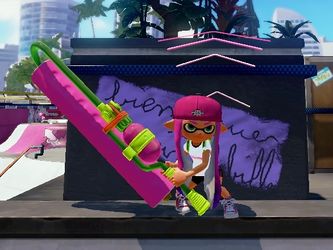