From Inkipedia, the Splatoon wiki
< User:Shahar
Jump to navigation Jump to search

Splatfest IL are local Splatfests made for the Splatoon Israel community. Organizers are Shahar and CooL SpoT.

Sportsmanship: Be human being. No taunting, trash talk is okay at the boundaries of the game and not towards the players.

Check-In: An hour before the Splatfest, confirm the intention of playing the matches.

Score: Each Splatfest has its own score method. Votes + (wins * N) from the first game is one of the score methods.

Shawarma vs. Falafel was the first Splatfest IL, aired on Shahar's Twitch channel at the night of June 18, 2020. 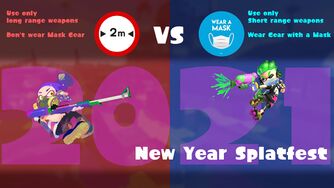 Social Distance vs. Masks was the second Splatfest IL to finish off 2020, it was streamed on YouTube on CooL SpoT's channel and on Twitch on Shahar's channel. 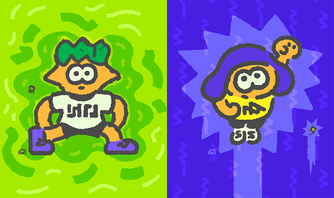 Fight vs. Flight was the third Splatfest IL with the theme of Fight-or-flight response. It was open for everyone to join. To join, you had to leave a message in my talk page. First come - first served and in-case of more than 8 players, there was a rotation between spectators.

There will be an MVP chosen based on personal performance (wins, turf, KA/D ratio and overall performance). 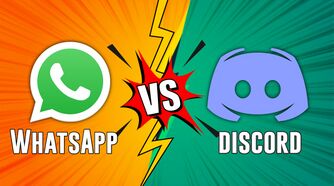 WhatsApp vs. Discord was the fourth Splatfest IL with the theme of which app do you prefer. It was open for everyone to join. To join, you had to fill-up this form. Pass was 0000.