From Inkipedia, the Splatoon wiki
< User:SplatOdyssey157
Jump to navigation Jump to search

A photo of Inkling Cappy.

It started with cappy, long before Mario came along. He wanted a friend. So, he cloned himself. Cappy #1 and Cappy #2 became close friends. One day Cappy #2 wanted to be in a turf war. Cappy #1 said he could and he would be watching in the stands. So Cappy #2 got splatted with ink. That's how he got the name Inkling Cappy.

Inkling Cappy is based off of Cappy in Super Mario Odyssey. He has a few ink splotches on himself in blue, orange, pink, light blue, and purple.

Inkling Cappy can shoot red ink out of his eyes and become things. 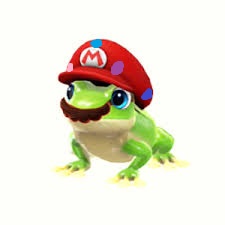