From Inkipedia, the Splatoon wiki
< User:YOLO2020
Jump to navigation Jump to search 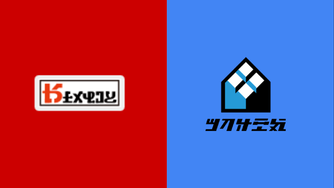 This was my first minifest! The theme was which weapon brand do you prefer: Do you prefer Nouveau weapons or Neo weapons? To join, you were to go to the How to join section. Then you were to look over the Rules and Scoring sections...as those two were important to know about!

2. You would sign up below! You were able put your signature when you signed up.

4. I used Discord to communicate during the minifest.(The messages went through faster and it was more convenient:)

The stages were randomized. When ever we got MC.Princess Diaries, the team who won that match got 2x the battles won.

1. You needed to wear a Splatfest Tee Replica.

4. If you were unable to join, You would tell me in my talk page if you couldn't show up.

5. If there was a DC, the match wouldn't count unless the team with the DC won.

6. You did NOT have to change your name for the minifest.

8. There was no squidbagging or anything similiar.

9. If I disconnected for some odd reason, I would shortly reopen the lobby(the password would be the same).

10. There were NO weapon limitations for this fest. However, If you were on team Nouveau, you couldn't use Neo weapons, and vise versa.

11. If you had friends who wanted to join, you would tell me what team they are on and their ign so I know who to accept the friend request.

I would take the average of the 2 categories and that will be entered in the average category. The side with the most categories that are the highest would win.

Results if Nouveau were to win

I added some custom userboxes for you guys to put on your userpage!