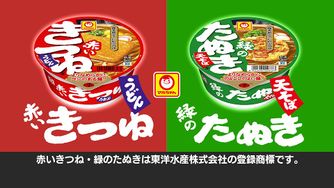 Red Fox vs. Green Tanuki was a Splatfest event in Splatoon. It was held for Japan only.

For the first occurrence, the three stages selected were Saltspray Rig, Port Mackerel, and Bluefin Depot.

For the second occurrence, the three stages selected were Arowana Mall, Flounder Heights, and Mahi-Mahi Resort.