Not to be confused with Octo Valley missions or Salmon Run stages.

Stages are arenas that are playable in Splatoon and Splatoon 2's modes.

Splatoon 2 has all-new stages with some returning stages as well. 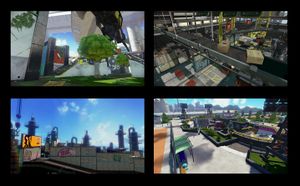 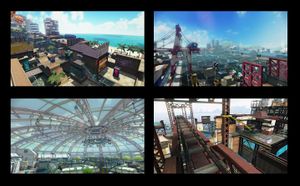 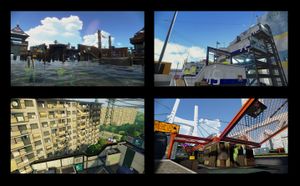 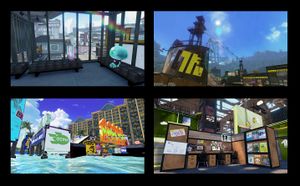