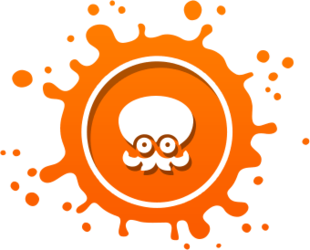 This article is about the mode. For the location by the same name, see Octo Valley (location).

Octo Valley (also known as Hero Mode) is a single-player mode in Splatoon. It involves the player donning the Hero Suit and venturing into a hidden titular location where the Octarians dwell, to rescue Inkopolis' stolen Great Zapfish and defeat the Octarian menace.

Cap'n Cuttlefish and an Octotrooper.

After the Great Zapfish, Inkopolis' primary power supply, is stolen, Cap'n Cuttlefish employs a Splatoon of Inklings to travel to the Octarians' secret underground base and retrieve it. Players assume the role of Agent 3 of the New Squidbeak Splatoon and traverse the treacherous landscape of Octo Valley in order to reclaim various lost Zapfish, Sunken Scrolls, and Power Eggs.

Octo Valley incorporates various puzzle mechanics and 3D platforming elements. Gameplay has been compared to Turf War and Super Mario Galaxy, in the sense that it sees players shooting ink to defeat enemies, transforming into a squid, and traversing floating platforms. The player's only available weapon in Octo Valley is the Hero Shot, a modified version of the Splattershot. However, some amiibo challenges have the player complete select Octo Valley missions with other weapon types.

Many different mechanics make an appearance in Octo Valley, such as Inkrails, sponges, and Balloon Fish. These elements behave in various ways and can help or hinder players' progress.

3. Rise of the Octocopters

In Octo Valley, players don the Hero Suit and are equipped with a variety of weapons.

The Hero Suit is a special outfit worn by Agent 3 and other members of the New Squidbeak Splatoon. It appears to be largely gray with blue highlights and triangular-shaped earpieces. Many of the Hero Suit's specific functions are unknown.

The Hero Shot is a modified version of the Splattershot, usable only in Octo Valley. It is able to be upgraded by spending Power Eggs.

The ink tank holds Inklings' ink content. It is depleted by using weapons and can be replenished by swimming in ink of the player's color. The ink tank can be upgraded by spending Power Eggs.

Splat Bombs in Octo Valley behave very similarly to the Splat Bombs found elsewhere in Inkopolis. They are pyramidal with four transparent faces. Like the Hero Suit, they adopt a gray and light blue color scheme. When thrown, Splat Bombs explode after a short amount of time. This weapon can be upgraded by spending Power Eggs.

Burst Bombs in Octo Valley behaves very similarly to the Burst Bombs found elsewhere in Inkopolis. They are shaped like water balloons, and, like the Hero Suit, adopt a gray and light blue color scheme. When thrown, Burst Bombs explode immediately upon contact. This weapon can be upgraded by spending Power Eggs.

Seekers in Octo Valley behave very similarly to the Seekers found elsewhere in Inkopolis. They appear to be small, mechanical devices that travel on the ground toward nearby enemies, leaving trails of ink in their wake. Upon reaching an enemy or after traveling for a short time, they explode into a burst of ink. Seekers can be upgraded by spending Power Eggs.

Armor can be found throughout Octo Valley. When wearing it, Agent 3 appears to be wearing a helmet and safety pads and can take extra damage without getting hurt.

Special weapons can be found throughout Octo Valley in the form of canned specials. Upon collecting a canned special, a certain special is immediately charged up.

Many types of collectibles can be found in Octo Valley.

Power Eggs appear to be small, orange fish eggs that can be found throughout Octo Valley. They can be collected by splatting Octarians, destroying crates, and shooting or running near individual ones scattered around the environment. They are used for upgrading equipment. It is later revealed that these power eggs were obtained from the salmonids in exchange for Octarian technology.

The player is awarded a full replica of the Hero Suit set (the Hero Headset Replica, Hero Jacket Replica, and Hero Runner Replicas) and a set of Octoling gear (the Octoling Goggles, Octoling Armor, and Octoling Boots) when defeating the final boss. Also, the Sunken Scrolls found in each boss stage unlock further weapons in Ammo Knights that are available for purchase once the appropriate level requirement is met.