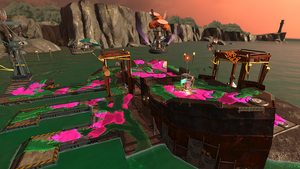 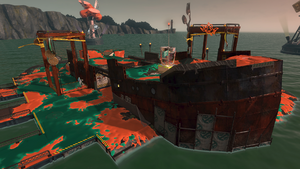 Marooner's Bay is a Salmon Run and Salmon Run Next Wave exclusive online multiplayer stage in Splatoon 2 and Splatoon 3. It was released in Splatoon 3 on 1 December 2022, at the start of the Chill Season.

Marooner's Bay features a large metal ship marooned on a sandbar with its stern having three ramps down onto the beach where there are three piers on the starboard side. During low tide, a sandbar will rise to the fore of the ship, revealing a large ring of land and one smaller protrusion.