Hello! Welcome to my page! I am quite a new member to Inkipedia, and live in Australia, so I normally do stuff when most users are enjoying the evening, or sleeping, and can’t play Splatoon properly when Japan has Splatfests :(. I’ve been into gaming since I was 3, in 2007.

I am level 74, and S on Tower Control, and S+0 on Rainmaker and Clam Blitz. I’m S+ 2 in Splat Zones. I love playing Regular Battles much more than Ranked however, and only do it if I have something to prove to myself.

Check out my project page here!

« Si tu besoin d’aide en Français, je suis le personne qui peux aider! Bien que je suis dans le 8me classe, je sais beaucoup de Français et je veux aider quelqu’un! »
“If you need help in French, I am the person who can help! Although I’m in Year 8, I know a lot of French and want to help someone!”
Sorry if the French was bad, but if you need any help, just come to me! Although (totally subtle attempt of bragging), I am the person who writes the Splatoon 2 French (France) quotes and translate them!

My favourite weapon would have to be the

Custom Dualie Squelchers, although I’m flexible and can play any weapon well.

My favourite clothing item is the

FishFry Biscuit Bandana, since it just looks so good on an Inkling Boy and has my favourite ability,

I love love LOVE Chirpy Chips, they’re the best band in Splatoon 1 and second best in Splatoon 2. Wave Prism has to be my favourite track from them however, because of its complexity and sound. 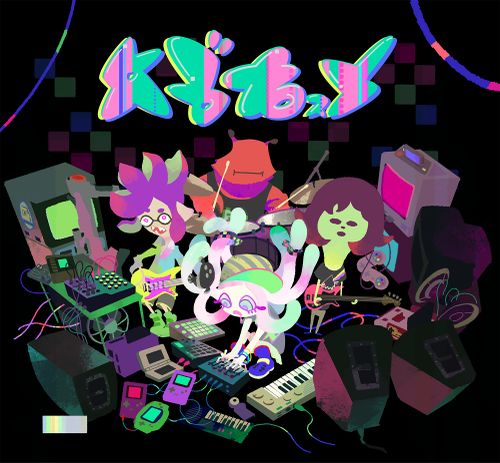 They only lose out to Off the Hook, who create my favourite track in the game, Now or Never (Splatfest).

Splatfests are my Jam

The thing I love most about Splatoon are the Splatfests, because the night really makes the area look pretty, and the music is fantastic as well. And with each Splatfest choice I make, I proceed to include it in my everyday life. For example, I eat ice cream a lot since I made the choice on Ice Cream vs. Cake. But come to me if you have any queries about Splatfests, I’ll be sure to help out :D 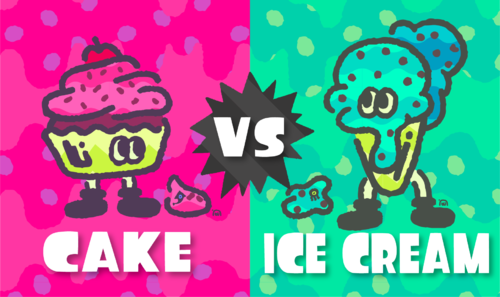 IMPORTANT THING: I have decided to do the Pearl challenge as she is true waifu. Therefore, I’m going to side with her on every Splatfest, and shape my opinions based on every Splatfest. I’ve also overturned previous Splatfest beliefs which were on Marina’s side, such as

No-Pulp. The Pearl Challenge will not apply to other region Splatfests, especially since I love

Relax, and I’d rather

Bamboo Shoot Village. But I’ll end off by saying Pearl is best girl, out of all Splatoon waifus.

How I incorporate these in my life

If there is anything I can improve on, leave it on my talk page so I can get on it immediately! Have a nice day now! -Adam