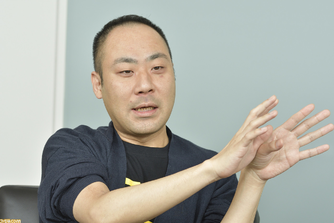 Yusuke Amano is a planner at Nintendo. He is the director of Splatoon and Splatoon 2.

Yusuke Amano began working on Splatoon with Hisashi Nogami and Tsubasa Sakaguchi near the end of his work on New Super Mario Bros. 2. Not much is known about his contributions to the game, but as director, it is assumed that he played a large role in gameplay mechanics, character design, and Splatoon's overall functionality.