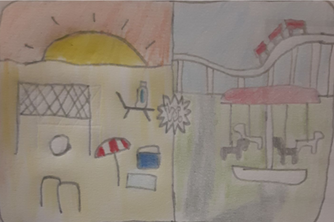 We've got a summer fest now! Where do you prefer to go during the Summer? The beach or an amusement park? Anyone can join in! Follow the steps below to join.

This Minifest is going through changes! Here they are listed!

There are changes in deciding the winner. Now instead of Turf War Inked Percent Average, there is now Clout! Clout is exactly the same as it is in actual Splatfests. Synergy Bonuses will be counted and they will multiply into that teams clout score!

Now that Clout and Popularity can be combined to overcome Battles, the Battle multiplier will be changed so that Battles will still be worth more. It will be changed from x2 to x3. A slight change so that other categories are still notable.

Off the Hook will no longer commentate on these Minifests. Instead we will have two new people coming in to commentate. Who they are? We'll see when they commentate.