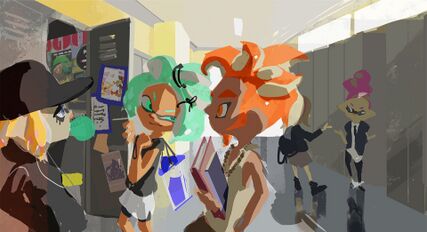 Hello! I'm Seffien. You can call me Sef if you want. If needed, I'll try and make some edits here and there. Really, I joined because I love Inkipedia and want to do anything I can to help out! That'll hopefully be easier once Splatoon 3 releases (which I'm very excited about). I haven't really become known for anything the Splatoon community just yet, as far as I know, but I just might one day!

Here's my Tumblr. Here's my YouTube channel. My Discord is seff#5128. Feel free to visit, watch, message, or say hello.

I received Splatoon 2 as a gift on Christmas of 2019 and loved the series ever since. I love Splatoon as it is, but my favorite Splatoon-related topics are the creepy easter eggs, the lore, the bands, and some general oddities of the game. My favorite Ranked Modes are Clam Blitz and Rainmaker. I also pre-ordered Splatoon 3.