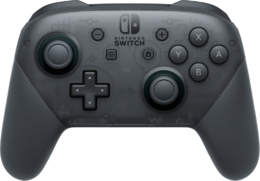 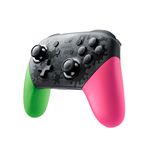 During the ARMS Direct, the Nintendo Switch Pro Controller Splatoon 2 Edition was announced. Changes from the regular Pro Controller include recolored grips (a Neon Green left handle and a Neon Pink right handle), similar to the Neon Green and Neon Pink Joy-Con. It also gains Splatoon designs on the front and back plates, featuring many Splatoon brand logos and splat patterns. It was released alongside Splatoon 2 on 21 July 2017.

Unique versions of the Pro Controller were given as prizes to the winners of various official Splatoon 2 tournaments with the same decorated face plate as the Splatoon 2 Edition, but have gold colored grips.