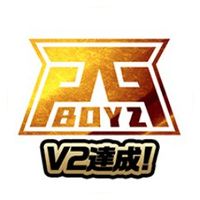 GG BoyZ is a competitive Splatoon team based in Japan.

At E3, GG BoyZ won the Splatoon 2 World Championship 2018, first by defeating Yeah Nah (AU/NZ) and BackSquids (GER, EU) in the Opening Rounds to secure the top seed, then by sweeping Yeah Nah three games to none in the Semifinal, and finally by defeating BackSquids four games to two. The championship victory was redemption for Dynamon, whose team Dynameu lost to Deadbeat (USA) in the World Inkling Invitation the previous year.

GG BoyZ won the fourth Splatoon Koshien tournament and defeated FTWin 4-2 in the Grand Finals at the World Championship.[1]