The Explosher is a main weapon in Splatoon 2 and Splatoon 3. It is a heavy slosher-type weapon that shoots an accurate, slow, long-range projectile.

The weapon fires projectiles in an arc similar to the Sloshing Machine, though instead of an indirect splash radius that follows the projectile, the Explosher fires a projectile that explodes upon hitting a surface.[1] Unlike other projectiles in the game, the Explosher's projectiles do not dissipate nor explode upon a direct hit on a target, instead piercing through the target completely until it hits a solid surface. Additionally, the main projectile does not suffer falloff damage.

The Explosher is a jet heater fitted into a large olive-green jerrycan with a metal pipe going around it and serving as the handle. It has an orange shock absorber spring on each side and on the front is a pressure gauge and a shuttered opening serving as the weapon's muzzle. The inside of the Explosher radiates light with the user's ink color, appearing to be superheated. There is also heat distortion rising from the muzzle.

In Splatoon 3, the Explosher received a redesign. The muzzle's shell has been removed to reveal machinery and an orange wire, and its tip and shuttered opening are now gold. 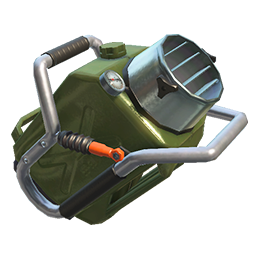 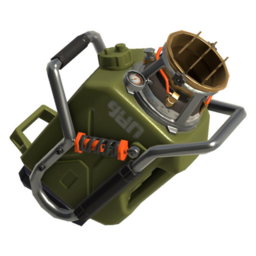 The Explosher is confirmed to return in Splatoon 3 with a new design.

Its name is a portmanteau between explosion and slosher.