Compared to the Splat Dualies, the Dualie Squelchers have a slightly faster roll and are not locked into place, but suffer from an overall reduced firing rate and no fire rate increase after rolling. They have the most range of any dualie-type weapon in the game. Shots do enough damage to splat opponents with four hits. 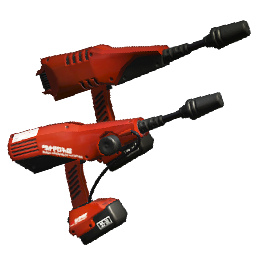 Differences from the Dual Squelcher 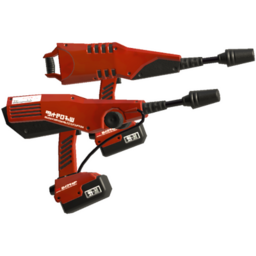 The Dualie Squelchers returned in Splatoon 3 with Splat Bombs and Wave Breaker.

It appears in 1 mission in Alterna:

Reaching certain Freshness levels with the Dualie Squelchers will reward the player with special badges that they can use on their Splashtag.

For competitive tips about the Dualie Squelchers