The Kensa Charger is a main weapon in Splatoon 2. It is a Toni Kensa-branded variant of the Splat Charger. 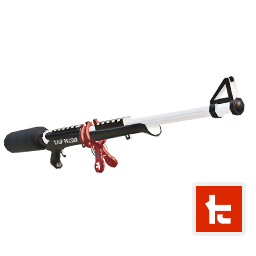 The Kensa Charger was released on 14 September 2018 at 02:00 UTC. It comes with Sprinklers and the Baller. It has the ability to store a charge for one second.