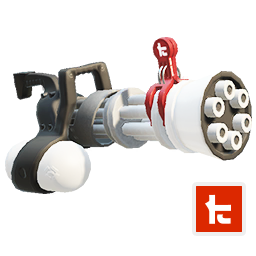 The Kensa Mini Splatling was announced on 4 December 2018. It was added to the game on 5 December 2018 alongside the Kensa Collection No.4, as part of the version 4.3.0 release.[1]