The Herobrush Replica is a main weapon in Splatoon 2. 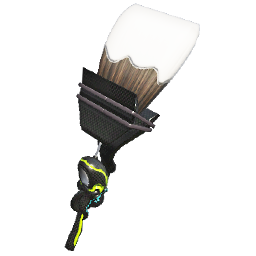