The Dapple Dualies deal enough damage to splat opponents in three hits, unlike the Splat Dualies, Dark Tetra Dualies, and Dualie Squelchers which need to land four hits to splat an enemy. In the post-roll state, the weapon's firing rate is 20% faster than normal, and its accuracy is improved as well. 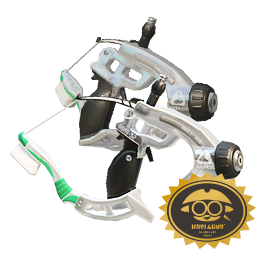 For competitive tips about the Clear Dapple Dualies