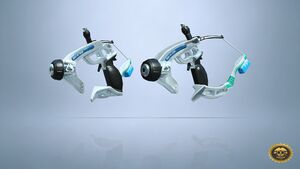 Not recommended, as this ability does not make the Clear Dapple Dualies reach any notable damage threshold such as 49.9 or 99.9.

This will let the player get to longer ranged weapons and sub strafing can be useful.