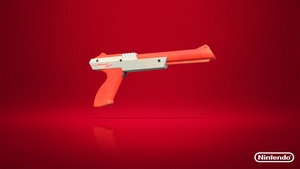 Like its Vanilla counterpart, the N-ZAP '85, the N-ZAP '89 is an all-around weapon that has great turfing and a global special weapon. While it has weaker damage and a less reliable sub weapon than some other support weapons, it makes up for these shortcomings with better mobility and ink efficiency.

The N-ZAP '89 is an all-rounded support weapon and a reasonably capable slayer's weapon:

Despite its versatility, the N-ZAP '89 still has some disadvantages:

While not always as reliable as some other bombs (partly due to having a smaller explosion radius), Autobombs can still be used in a similar fashion and have some unique utility:

While Autobombs technically count as a lethal bomb, they are noticeably easier to avoid. Due to this, make sure that at least one teammate has more reliable bombs (particularly either Splat or Suction Bombs), as they provide its user's team many advantages over another team that has no reliable lethal bombs in its composition:[14]

Comparison to most other weapons with Tenta Missiles (namely, the Kensa Splattershot, the Mini Splatling, and the Dualie Squelchers), the N-ZAP '89 has better mobility and ink efficiency but weak damage. Therefore, its user would benefit from having teammates wielding weapons that are effective at splatting opponents.[15]

While less capable of splatting their opponents than most other players, an opposing N-ZAP '89 user provides valuable support for their team — especially with their Tenta Missles, which can displace slow or static players, such as a Kensa .52 Gal user. Eliminating them will reduce their team's turfing and Tenta Missile output. However, do not underestimate their fighting capability.

Ever since its introduction in Version 4.3.0, Bomb Defense Up DX will not only reduce the damage taken from opposing sub and special weapons that are not one-hit-splat but will also reduce the duration of the tracking effects of certain opponent's sub and special weapons, such as Point Sensors and Ink Mines, allowing the user of this ability to evade detection more easily. This is a useful ability for almost any player, including an N-ZAP '89 user. Just three ability points, or one sub, offer plenty of utility:[16][17][18][19]

Every player, including an N-ZAP '89 user is expected to come in contact with the opponent's ink on various surfaces, which can both be damaging and reduce mobility. Ink Resistance Up not only partially offsets the reduction in mobility but also delays the damage taken from contact with opposing ink:[17][18]

While the N-ZAP '89's damage cannot be increased, these two benefits still markedly improve the main weapon's capability as a support weapon.

Because the N-ZAP '89's damage cannot be increased with Main Power Up, Object Shredder gives its user a better chance against Ink Armored opponents, making it a popular ability on over 55% of 245 N-ZAP '89 builds submitted to Sendou.ink.[23]

Quick Super Jump decreases both the "charge" time before and the travel time of a Super Jump, helping its user escape unfavorable situations more quickly. Because an N-ZAP '89 user is expected to reliably provide their team Tenta Missiles, having the ability to quickly retreat and preserve precious special gauge progress can mean the difference between victory and defeat.[18][17]

The N-ZAP '89, an already mobile weapon in humanoid form, can still benefit greatly from Run Speed Up, particularly while firing.[18] Having the ability to strafe more quickly increases an N-ZAP '89 user's survivability, allowing them to last longer in fights to either win them or at least stall them long enough until teammates arrive.

Special Charge Up accelerates building up the special gauge for Tenta Missiles, effectively reducing the turfing required. Since farming Tenta Missiles is one of a few roles of the N-ZAP '89, constantly having Tenta Missiles available for teammates ensures more successful pushes and counter-pushes.[18]

A universally valuable ability for almost any weapon, Swim Speed Up is particularly useful for the lightweight, short-ranged N-ZAP '89. Defensively, a faster swim speed allows its user to more easily avoid opponents' attacks and retreat from unfavorable situations more quickly. Offensively, swimming faster enables one to rapidly provide support for teammates and more easily close the distance between themselves and a longer-ranged opponent.[18]