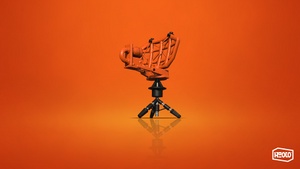 While the Squid Beakon returns from the original Splatoon to fulfill its original function of providing Super Jump landing points, it receives numerous buffs over the cycle of Splatoon 2: reduced ink consumption (since Version 1.3.0), reduced travel time with Sub Power Up (since Version 1.4.0), the ability to reveal nearby opponents (since Version 2.3.0),[2] and the allowance of two uses by most teammates (since Version 4.2.0). While its use can be situational and its presence on a short-ranged weapon's kit denies it a lethal bomb,[1] it can prove invaluable on stages that are longer or wider or have plenty of verticality.

The Squid Beakon increases the mobility of its user and their teammates, but this comes at the cost of not having a secondary means of damaging opponents — usually in the form of lethal bombs, such as Splat or Suction Bombs.[1] Lethal bombs provide their user's team a couple advantages over another team that has no lethal bombs in its composition:[3]

Squid Beakons in the hands of a skilled opponent can provide them and their teammates a quick means of reinforcing their numbers, especially when they are on the offensive. Understanding how to handle opposing Beakons and their users can save you and your team plenty of headaches.