The Sorella Brella is a main weapon in Splatoon 2. It is a Sorella-branded version of the Splat Brella and comes with a different sub weapon and special weapon. 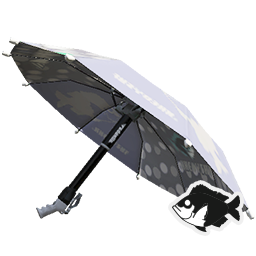 For competitive tips about the Sorella Brella

Sorella Brella is derived from the words "Sorella", which means "sister" in Italian, and "brella."