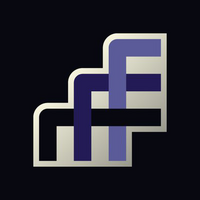 FTWin (short for Feed To Win) was a competitive Splatoon team. The team was formed by former members of TOMO, Saikai, and SetToDestroyX.

After both the Splatoon 2 U.S./Canada Inkling Open 2018 finals (in which TOMO and Saikai respectively finished second and third to SetToDestroyX) and the Splatoon 2 World Championship 2018 (in which TOMO member Kyo was part of SetToDestroyX in place of Ice), members of TOMO and Saikai, along with Ice, formed FTWin. Shak announced the formation of the "Super Team" on YouTube on August 13, 2018.[1]

1 This was the Western qualifier for Platinum Cup 4 in Japan. FTWin and runners-up Kraken Paradise were unable to secure travel arrangements to the tournament, so third-place winners SetToDestroyX and fourth-place winners Ghost Gaming competed in their stead.

4 Competed with Quevo (USA) as a substitute for Burstie, who competed on Team What (USA)[21]

10 Competed as NOT FTW with Leafi

11 Competed as NOT FTW with Bagel