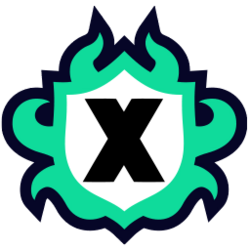 "X Battles will be the true testing ground for the highest-ranking players around."

X Battle is a multiplayer mode in Splatoon 3. It was originally announced as one of two battle modes to be added in free post-launch updates (along with League Battle) and launched on 1 December 2022 as part of the Chill Season 2022 update.[1]

X Battles are similar to X Rank in Splatoon 2's Ranked Battles and use many of the same mechanics, such as X Power. However, while Splatoon 2 featured rank progression from S+ to X within the Ranked Battle game mode, Splatoon 3 offers X Battle as a separate mode from Anarchy Battles. In X Battle, players have season-long (three-month) sessions to play matches against other skilled players to increase their X Power. There are five placement matches at the beginning of the season to determine starting X Power. After placement, players take on series of matches which end after 3 wins or 3 losses, with X Power points being gained or lost at the end depending on the outcome.[2] Players in the top 500 will also be recognized.

X Battles will be separated into two divisions, each sponsored by a gear brand:[3][4]

Players choose their division the first time they play X Battles in a given season, and are unable to change the division until the next season.[5] It is not yet clear if the brand sponsorships will have an in-game effect, nor whether the sponsors will change in later seasons.

To play X Battles, one must have a rank in Anarchy Battle of S+0 or higher. Players will need to keep this in mind with the rank reset mechanic. If a player wants to play X Battles at the beginning of the new season, they must have an Anarchy Battle Rank of S+10 or higher before the old season ends, since all ranks S+10 and above are reset to S+0 each season, while S+9 and lower are reset below the S+0 threshold.

Unlike Anarchy Battle, which has a single rank for all ranked game modes, X Battle features separate rankings for each of them. X Power is tracked separately for Splat Zones, Tower Control, Rainmaker, and Clam Blitz.