Shiokalive at Cho Party 2016 was a virtual live performance that took place on 3 November 2016 during Niconico Cho Party held in Saitama, Japan. 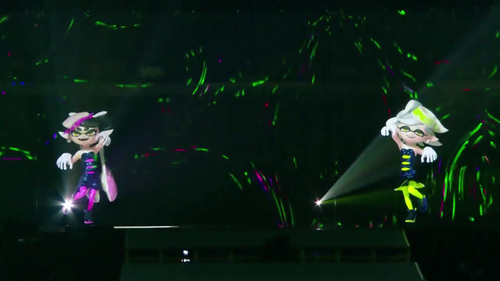 In October 2016, it was announced that the Squid Sisters would be making a short appearance at Niconico Cho Party 2016 (ニコニコ超パーティー(JP)[a]). Cho Party is an event held at the Saitama Super Arena, which is one of the largest indoor arenas in the world. The event celebrates the internet subculture that can be found on the Niconico website. It was noted that because many other artists would be performing as well, their show would be shorter than their previous concerts.[1] This performance took advantage of the large holographic screen set up for other virtual artists performing at the event.