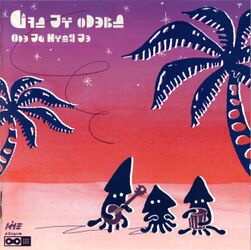 Bob Dub, or Cala Marley(JP)[a], is a musician in the Splatoon series. He is not seen in-game and he is referred to only in Squid Beatz, Splatune, Squid Beatz 2 and Splatune 2. While his species is unknown, his Japanese name and the squids on his album art may suggest that he is an Inkling.

Bob Dub's only known song is Dubble Bath, which can be heard in the multiplayer waiting room and equip screen. This song was remixed in Splatoon 2. 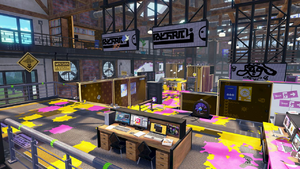 Bob Dub's album art seen on Ancho-V Games, on the screen of one of the three computers on the right.

Dub is a reference to Dub music, an offshoot of reggae, while Bob may be a reference to reggae artist Bob Marley. This is further reinforced by his Japanese name of Cala Marley, which is also a homonym of the squid dish calamari. The members of the Squid Sisters, Callie and Marie, share a very similar naming pun.