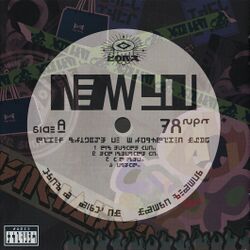 DJ Real Sole is a musician in Splatoon 2. They have never revealed their identity to the public, as they want their music to speak for itself and "brighten everyone's daily life just a little bit."[1]

DJ Real Sole's only known song is New You, four variations of which can be heard in the shops in the Galleria.