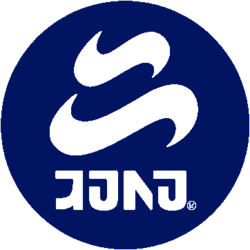 The Plan is a song from the Octo Expansion.

The Plan is an electronic song and incorporates features from many other songs from the game. This song can be heard at only one point in Octo Expansion, namely the cutscene when Off the Hook are devising a plan to defeat Commander Tartar, and therefore the song is built around the cutscene. The first part is panicked, energetic and chaotic, starting with heavy percussion, and soon after samples the vocals from Nasty Majesty. The section also includes brief samples from the intro of Color Pulse at 25 seconds, and the segue from the DJ Octavio remix of Bomb Rush Blush at 43 seconds. The track eventually transfers to a more downbeat section, interpolating Marina's singing from a section of Shark Bytes in the underlying notes, with the orchestral motifs of #19 bless playing soon after. When the section of Shark Bytes repeats, the main melody from Splattack! can be heard faintly. The track then cuts out at around 1:17 to coincide with Cap'n Cuttlefish asking what he can do to help. The song then repeats an earlier part, as the production builds up until the track finishes.

Whilst announcing the Chaos vs. Order Splatfest, when Pearl says “'Rina, do you remember why we started Off The Hook in the first place?”, the regular Inkopolis News music stops playing, and when Pearl says the next line: “We were sick of hearing the same stale top-20 songs on repeat EVERY DAY.”, a slightly altered version of The Plan plays. It is mostly the same, but where the pause for the Cap'n's dialog would be, it instead loops the track. It stops playing once the Splatfest announcement segment is over.

The name of the song comes from the fact that Off the Hook plan a strategy against Commander Tartar during the final boss fight.